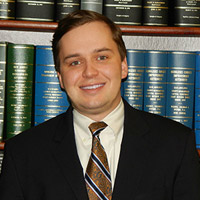 Tim Eismeier has over a decade of experience as a seasoned municipal advisor, investment banker and financial consultant for numerous municipalities, counties, and authorities in the state of New Jersey. Mr. Eismeier’s clients have included the City of Newark, the City of Jersey City, the County of Bergen, the Hudson County Improvement Authority, the Atlantic County Improvement Authority, the City of Bayonne, the City of East Orange, the City of Union City, the Township of Bloomfield and the Township of Belleville among others. Mr. Eismeier provides his clients with financial insight and advice with respect to the issuance of debt, general budget preparation, water/sewer rate analysis and correspondence with rating agencies, as well as analysis of major redevelopment projects and proposed long-term tax abatements.

Over the last decade, Mr. Eismeier has structured billions of dollars in municipal bonds and notes, including a variety of complex financings, such as the issuance of Motor Vehicle Rental Tax Revenue Bonds by the City of Newark, Redevelopment Area Bonds (RABs) in multiple municipalities throughout the State and numerous lease-revenue and governmental-loan programs through county-level improvement authorities . He has created sophisticated cash flow projections for his clients in connection with their annual budget preparation, the implementation of new water/sewer rates and the issuance of Tax Anticipation Notes. Mr. Eismeier has been integrally involved in numerous, complex underwritings for NW Capital Markets, including the Union County Utilities Authority’s issuance of $136,745,000 Resource Recovery Facility Lease Revenue Bonds and $69,080,000 Solid Waste System Revenue Bonds. Mr. Eismeier has also structured debt offerings for the Union County Improvement Authority, the Bergen County Improvement Authority, the Jersey City Municipal Utilities Authority, the Trenton Parking Authority, the Kearny Municipal Utilities Authority and Stafford Township.

Prior to joining NW Financial, Mr. Eismeier served as an intern in the White House Office of Political Affairs in the fall of 2008. As a White House intern, Tim performed research in electoral politics, helped to coordinate efforts between the White House and various political campaigns, and assisted in the day to day operations of the Office of Political Affairs. Tim also served as an intern at NW Financial in the summers of 2008 and 2009.