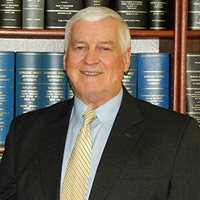 James A. Fagan has been with NW Financial since 1997, overseeing all of the Firm’s securities activities, including sales, trading, and municipal underwriting. Mr. Fagan serves as Managing Director and brings to bear over 40 years of Wall Street experience and expertise to structuring and executing taxable and tax-exempt transactions. Mr. Fagan is also actively involved as a financial advisor to several of the Firm’s major accounts.

As Financial Advisor, Mr. Fagan played instrumental roles in coordinating the pricing of the NJ Turnpike Authority’s 2003, 2005, 2009, 2012 issuance of over $4 billion of taxable/tax-exempt debt, the direct placement of $275 million of 2011 Issue, and the Authority’s $1.5 billion derivatives transactions. Most recently, Mr. Fagan has been serving as financial advisor to the Passaic Valley Sewerage Commission and the Rahway Valley Sewerage Authority

Mr. Fagan served as Executive Vice President for ICap, Inc., where he was responsible for underwriting municipal securities transactions, structuring turnkey projects, providing money management and financial advisory services to a host of clients. Prior to joining ICap, Inc., Mr. Fagan served as the President of PacifiCorp Capital Securities; Manager of the municipal underwriting department for Thomson McKinnon Securities; and was previously affiliated with Moore, Schley & Cameron, Dean Witter Reynolds, and Merrill Lynch.