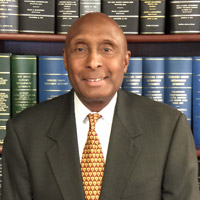 Mr. Mackey is the Chairman of the Board (Vice President) for the Diocesan Investment Trust (DIT) for the Episcopal Diocese of Newark, New Jersey. This Diocese encompasses the Episcopal parishes in Northern and most of Central New Jersey. This arm of the Diocese manages over $60 million in fixed income and equity securities. The DIT manages assets for over 160 clients including the Trustees of the Diocese, assets of parishes within the Diocese, and clergy retirement funds. In addition, Mr. Mackey has recently been elected as a Trustee for the Diocese. He and his wife have been involved in Diocesan and parish affairs for over 30 years.

Before joining NW Financial, Mr. Mackey served as Executive Vice President of Bonwick Capital Partners, LLC, managing municipal bond sales trading and underwriting. Bonwick is headquartered in New York City. While at Bonwick, Mr. Mackey senior managed a $118 million transaction for the Jackson Mississippi Public Schools. Prior to then, Mr. Mackey served as the Vice Chairman of Rice Securities, LLC. an investment bank headquartered in New York City. The firm’s primary business is to serve as a manager in the underwriting and sale of municipal bonds for issuer clients throughout the United States. He joined Rice in 2006.

His career in the industry began in 1982 as an institutional sales person at the firm of Matthews and Wright in New York City. In 1989 he worked for Pryor McClendon Counts & Co, where he eventually became the Partner in charge of Municipal Bond Sales Trading and Underwriting. At Pryor, with an associate, he developed a municipal bond hedge fund that used the municipal bond futures contract as the hedging vehicle. Mr. Mackey subsequently went to M.R. Beal in 1996, initially to develop the hedge fund. He later became Executive Vice President and ran municipal bond sales trading and underwriting. He left Beal to join Rice.

To date, Mr. Mackey has served as the book-running senior manager for numerous transactions totaling over $8 billion. He has served as the senior manager on issues ranging from $643 million to as small as $4 million. The more notable issuers for which he has acted as book-runner are New York City, the State of Connecticut, the Dormitory Authority for the State of New York, Washington D.C., Houston Texas, the State of Ohio, Jackson Mississippi, Chicago Illinois Park District, Alameda County California, the Baltimore Maryland Tax Increment Financing program, Prince Georges County Maryland Housing Authority, Inglewood California, Howard University, the Mid-Town Redevelopment Agency in Houston Texas, and the Virgin Islands Water and Power Authority. Many of these transactions contained taxable as well as tax-exempt components. Mr. Mackey also has sold private placements for conduit issuers in Sullivan County New York and New York City.